Zurich is prominent as the “city of gastronomy”, gathering all fine foods around the world here. Travelers also know Zurich for its street food, and if you’re wondering what to eat in Zurich, here are some of the best street food in Zurich!

Roasted Chestnuts – A winter comfort food roasted in huge pans over charcoal, the toasty aroma lures you in, and before you know it, you’re clutching a paper bag full of hot, toasty treats.

The smell of charcoal in the air is both reassuring and seductive as you walk down Bahnhofstrasse or through Zurich’s many small alleyways. You’ll even find the locals having chestnuts and traveling around the city.

Making an incision in each chestnut is a crucial step in their preparation. This is done in this case to prevent the chestnuts from “exploding” while roasting. The majority of chestnuts sold in Zurich are over the Christmas and New Year vacations.

Züricher Geschnetzeltes is a prominent Swiss dish, especially in Zürich. In German, the dish is called ‘a mouthful’, and particularly in Swiss German, which is Züri Gschnätzlets. This dish is frequently translated as “Zurich-style veal” on local restaurant menus.

This Zurich traditional dish includes a slender sliced veal filet go with sauce made from creamy mushroom. On the crispy and golden Rösti, the dish is paired with a huge potato cake or grated-potato-based hash brown.

There will never be a better time to try the famed rösti. This purely Swiss and popular dish may have developed among the families of mountain farmers, who produced the recipe every day using the most common product they had at home, the potato.

Rösti is a sort of omelet made from a mixture of potatoes sliced into slices and fried or cooked with animal fats and various toppings. There are countless varieties, from onion to bacon, different cheeses, and spices from different regions.

Rösti has long been considered the national dish of Switzerland. People say that rösti was originally eaten for breakfast, and some people still do. Therefore we recommend that you taste it in one of Zurich’s cafes.

The Wiedikon quarter’s famous grilled bratwurst may be eaten all year and tastes just as well on the grill as it does in the frying pan. Master butcher, Urs Keller of Wiedikon, created the sausage in the 1990s, and it immediately earned a wide following throughout the city.

It was formerly a well-kept secret, but it has since gained cult status. Many Zurich households keep a few Wiedikerli in the cupboard so they may grill it whenever the sun shines.

Realize a soft, salty pretzel that has been perfectly toasted and is loaded with cheese and fresh butter. Isn’t it incredible? A mid-morning snack for true gourmets.

The tempting lye (caustic soda) flavor of the twisted chewy bread was the European predecessor of the American pretzel. It’s a long way from the dry industrial treats we call pretzels back home. To make a superior sandwich, choose a plain one or buttered and a split one loaded with bacon  or cheese . Swiss-inspired fast food.

Zurich’s food scene is influenced by German, Italian, and French cuisine, as it is the capital of a bilingual and cultural country. If you have a chance to visit here, don’t forget to try the best street food In Zurich recommended via this post!

Evan Whitehttps://fromtourist2local.com
Knowledge sharing helps to strengthen your personal brand! We all have a personal brand and it's always being altered by what we do, whether we are aware of it or not. I have seen mine shaped in a positive way because of the information I have freely shared.

Where To Stay When Visiting Amalfi Coast – Best Vacation Spots

When Is A Good Time To Visit Santorini Greece For Different Purposes? 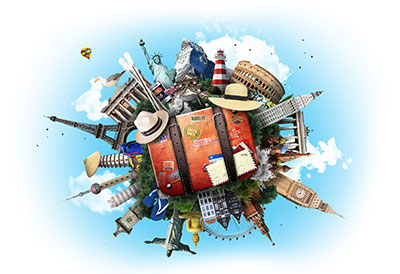